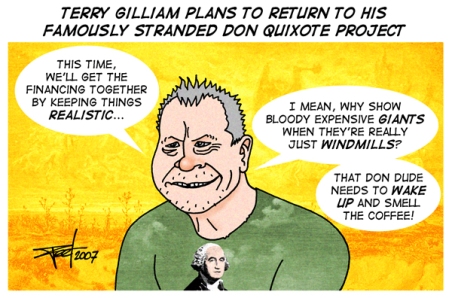 (Click on the image to see this cartoon slightly larger.)

The Kuleshov effect according to Steven Seagal

After discovering Dennis Cozzalio’s blog entry on the hilarious Chuck Norris Facts website, I was reminded of the chart below that I had filed under “Nonsense” on my laptop.

Mr. Norris may come with a mean pack of one-liners (There is no chin under Chuck Norris’ Beard. There is only another fist), but mr. Seagal is armed with lethal acting skills. Lev Kuleshov would have a field day experimenting with this master of action cinema. 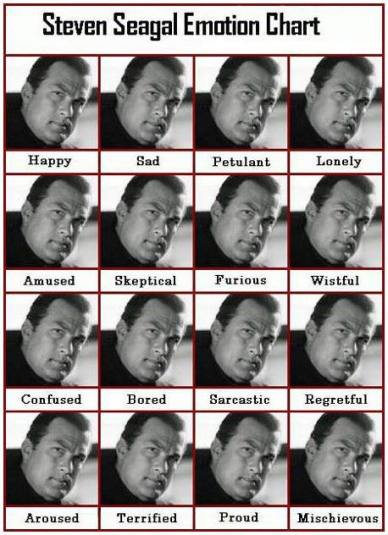 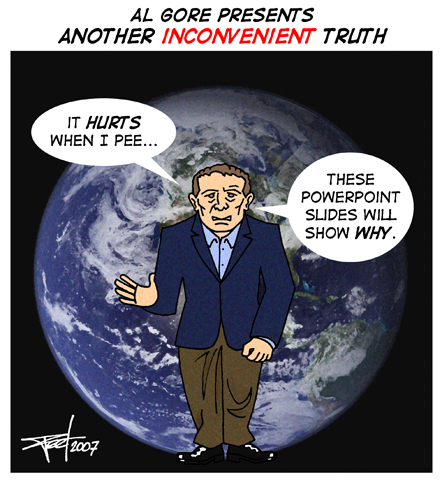 Sunshine and The Cinematic Experience

Sunshine, a sci-fi epic, directed by Danny Boyle, about a team of scientists sent on a mission to reignite a dying sun, is neither a mindless Michael Bay extravaganza nor a chin-strokey affair in the vein of Andrei Tarkovsky’s Solaris. It’s the cinematic oxymoron many of us have been waiting for: the thinking man’s action movie. It also happens to be gobsmackingly stunning, ruthlessly intense, handsomely cast and blessed with a 100% INSANE last act that won’t be everyone’s cup of tea, but had yours truly grinning from ear to ear. Danny Boyle’s Sunshine is a spectacle quite impossible to put into words, and that’s exactly what makes it brilliant cinema–albeit the kind that’s difficult to defend on theoretical grounds.
____________________________________________________________________

Read the rest of this (spoiler-free) article on The House Next Door. Yes, you heard me. Go on now! 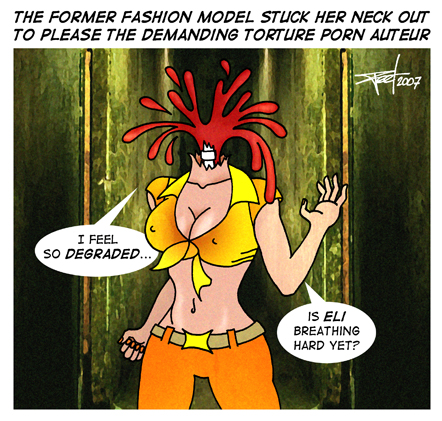 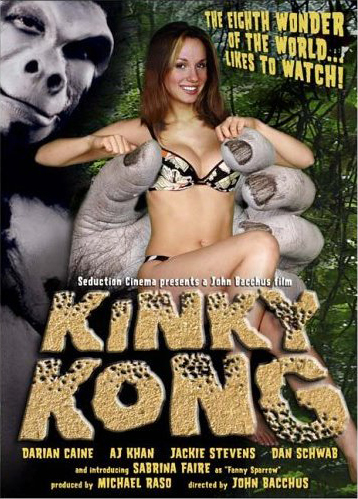 God, this is truly embarrassing…